Alitalia: the italian airline stuck on the ground 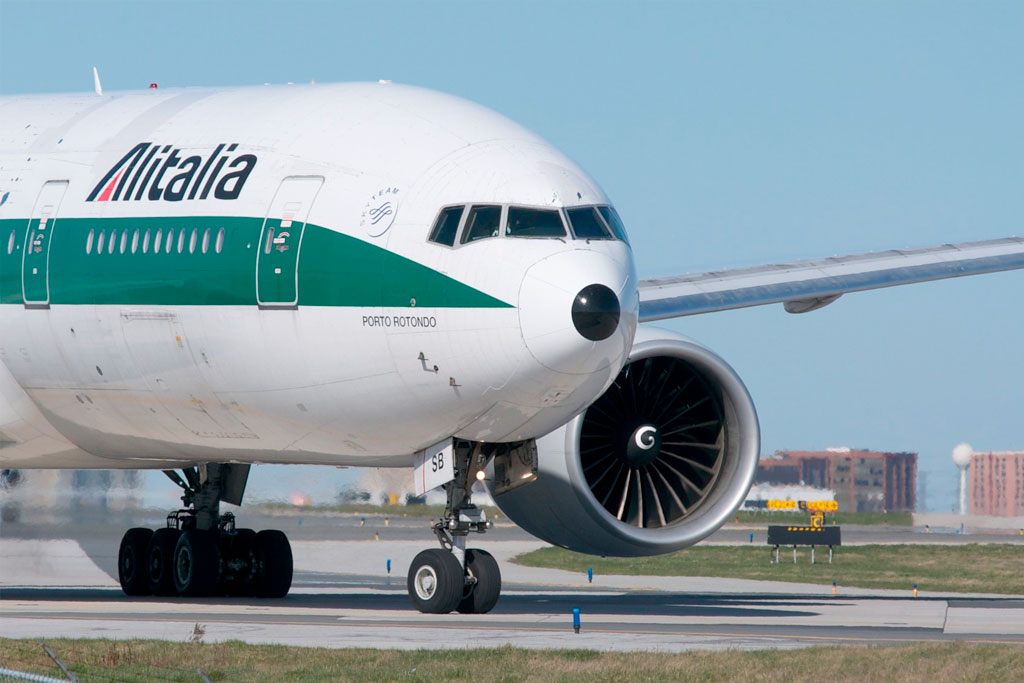 We read that “Alitalia is in a critical situation” almost every year. New managers, new partners (with Etihad as newest partner and shareholder) but in the end it stays the same, and, more important, we see the same solutions offered to face emergency.

But, what has produced this crisis exactly?

Let’s not focus on “hearsay” hypothesis or on analyzing figures for their own sake, without adequate knowledge of the complex company situation which produced them.

Italian newspapers, such as Il Foglio, Il Fatto Quotidiano, La Repubblica and Ilsole24ore, have written about Alitalia crisis a lot in the last few months.

“Alitalia is, perhaps, the best example of how the wrong strategy was chosen and the latest restructuring proposal – still to be evaluated by yet another consultant – could set the Italian airline en route to its bankruptcy”.

“But, why is the situation so critical? A lack of agreement between shareholders and an unclear strategy coming from partner Etihad are making Alitalia’s future more and more complicated.”

“Keeping away from the market but safeguarding the interests of suppliers, managers, national and local politics (for example, Fiumicino airport), this ragbag of about twenty shareholders has made Italians pay for their own mistakes, before and after privatization, taking advantages of indiscriminate State aids whose results no one ever checked.”

“Meanwhile, the company keeps loosing € 2 million every day. “If the result of the referendum will be a NO, investors won’t invest and the company will be under extraordinary administration,” Calenda, Minister of Economic Development, noted Friday morning, reiterating that “it is a fact” that past company strategies were wrong (1.12.17)”

“Banks don’t see as realistic the profit forecasts for 2019, but they – Unicredit and Intesa San Paolo banks are the most exposed – do not agree in pouring other money – another € 1.3 billion in cash needs from now until 2021 – in a company showing a business plan which is filled with critical issues and most serious risks  without guarantees or government involvement.”

“Rescue plans. Here comes Luigi Gubitosi as Executive Chairman, after Cramer Ball leaves. Cramer has written the 158 page long 2017–2021 industrial plan which should put the company back on track thanks to monstrous cuts accounting for € 1 billion, a 30% increase in profit and a significant withdrawal from the fight for national routes, left to Ryanair and EasyJet.”

Last but not the least, Carlo Calenda, Minister of Economic Development, stated during Mix24, Radio 24 program by Giovanni Minoli: “Operational management made a lot of mistakes, and with a kind of arrogance too, but this doesn’t mean we can go back to a public management, which doesn’t seem to have done better over the years.”

After carefully reading these comments, we all have our solution, just like the 56 million soccer coaches in Italy. 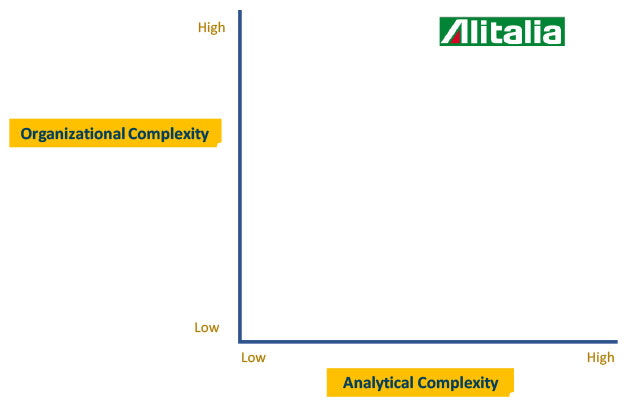 Our first question must be: who are we and what do we want to become? We are asking, now, if there is a clear goal for the company position and industrial plan.

Have real decision makers been identified by shareholders?

Once the goal was established by the decision makers, has it been shared with the shareholders?

After sharing the goal, have key people in the various divisions (the Project Team) been involved to define the strategy plan?

Sharing the goals and involving divisions key people is the real strength point in defining a strategy plan and it is the difference which makes a real difference. This is how we produce agreement on a clear business goal and a faster and more efficient implementation.

Have decision makers shared the goal with the Project Team and asked: find the best solution (and not which is the solution) ?

Have the different opportunities (alternatives) and their values, in terms of profit and risk, been analyzed?

Has got each alternative reliable information (what I know and what I don’t know)?

What is the logical reasoning I use to choose an alternative among others, in terms of values (profit, work) and risks?

Finally, have the necessary human and financial resources been allocated in order to put the plan into action, once the alternative has been chosen and decision makers have decided, in agreement with their shareholders?

Following a logical reasoning involving the various company elements is not some kind of bleeding-heart democracy but a way to let everybody know the goal (reorganization, reinforcement, etc…), and what they are working for and aiming at. Over the years, Alitalia has been an example of what can happen when you don’t play on the team and when you don’t share your company goals:

Furthermore, Alitalia’s strategy was deemed wrong and identified as the cause of the crisis in many quotes by journalists and other sources.

Strategy is the path an organization, following its values, designs to achieve its purpose and goal. If a clear and shared definition of the goals is lacking, every strategy will have a limited effectiveness.

A failing strategy decision can have different causes: it might be that Alitalia’s strategy was correct but it failed due to shareholders and suppliers pitting themselves ones against the others, lacking in company goal sharing, lacking in employees involvement and alignment, or ineffective execution.

Reaching any goal requires defining an effective strategy executed just as effectively. You can have the best strategy, but you won’t achieve good results, if any, if you don’t put it into practice correctly. Similarly, a poor strategy will make you achieve modest results, even with an excellent execution.

Coming back to Alitalia, this airline will never take off without a plan on what to be and to become which is shared by all the stakeholders.

Franco Zullo
Franco Zullo, founder of Stratego Italia Srl SB, supports, as a strategic guide, entrepreneurs, executives and managers for the identification and development of strategic directions, scalable and sustainable over time, and the transformation of products into projects/ experiences unique to customers. Franco’s primary goal is to combine Business Transformation with People Empowerment. His passion is to work with organizations on challenging goals by structuring decision-making processes through commitment, sharing and confidence to get the most value from a decision. Franco has 25-year experience in multinational companies, managing complex projects with a high economic impact, and as an entrepreneur. He created the Lean Decision Quality® Method, based on Stanford University studies, and The Strategic Cycle of Sustainability® uses them in enterprises for the creation of exponential shared value. Author of the manual Lean Decision Quality for Future-Proof Organizations.
Next Post
Milan and its “C area”: C is for citizens’ trust